NTS is 5: Hieroglyphic Being 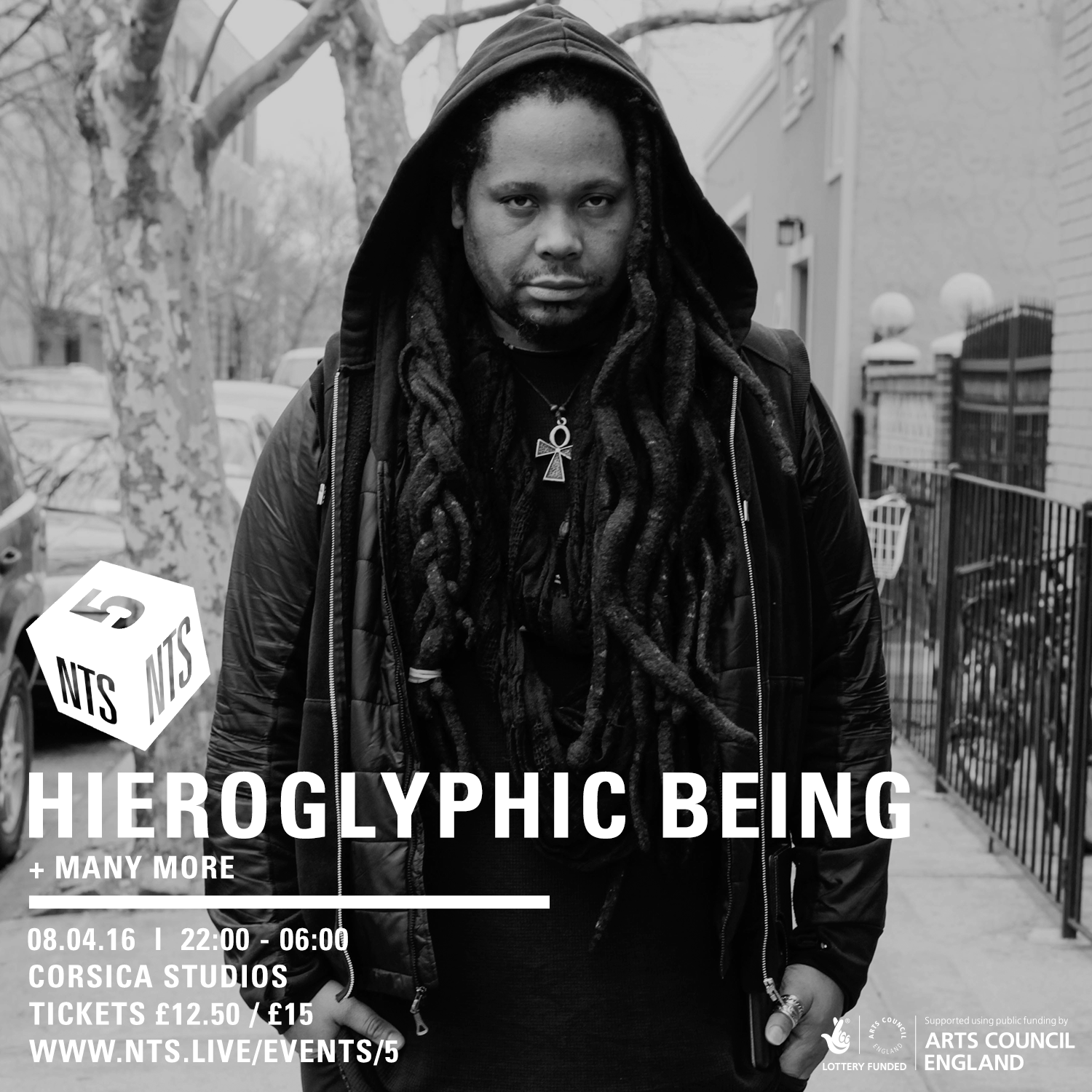 Hieroglyphic Being had a little chat with us before he plays our birthday send-off at Corsica.

Where are you and what are you doing?

I'm in Knoxville, Tennessee at Big Ears Festival performing some live shows - including an improv with Marshall Allen, director of The Sun Ra Arkestra... also loving and checking out all things Laurie Anderson.

All things Jon Hassell at the moment.

Not just excited, but very honoured and grateful to be back, again and again.

What does the future hold for us all?

For us or me? Well I am starting up two new labels, LiquidSex Music & Spiel Music. One will be showcasing live bands with an Acid Jazz and Steppers homage, and the other will showcase slam poetry, cyphers, rhyme-sayers and raw vocalists of a conscious movement. I'm also getting into both acting and scoring films, as well as settling down — it's been four years of going at it alone, and it's messing with my Mojo.

And on a bigger scale, let's stop the globalization of war and violence. 6000 plus years of madness and this isn't working, so let's try some thing different.

You can still buy tickets to see Hieroglyphic Being play our party at Corsica Studios, alongside Funkineven, Eclair Fifi, Bill Kouligas (PAN), and many more.