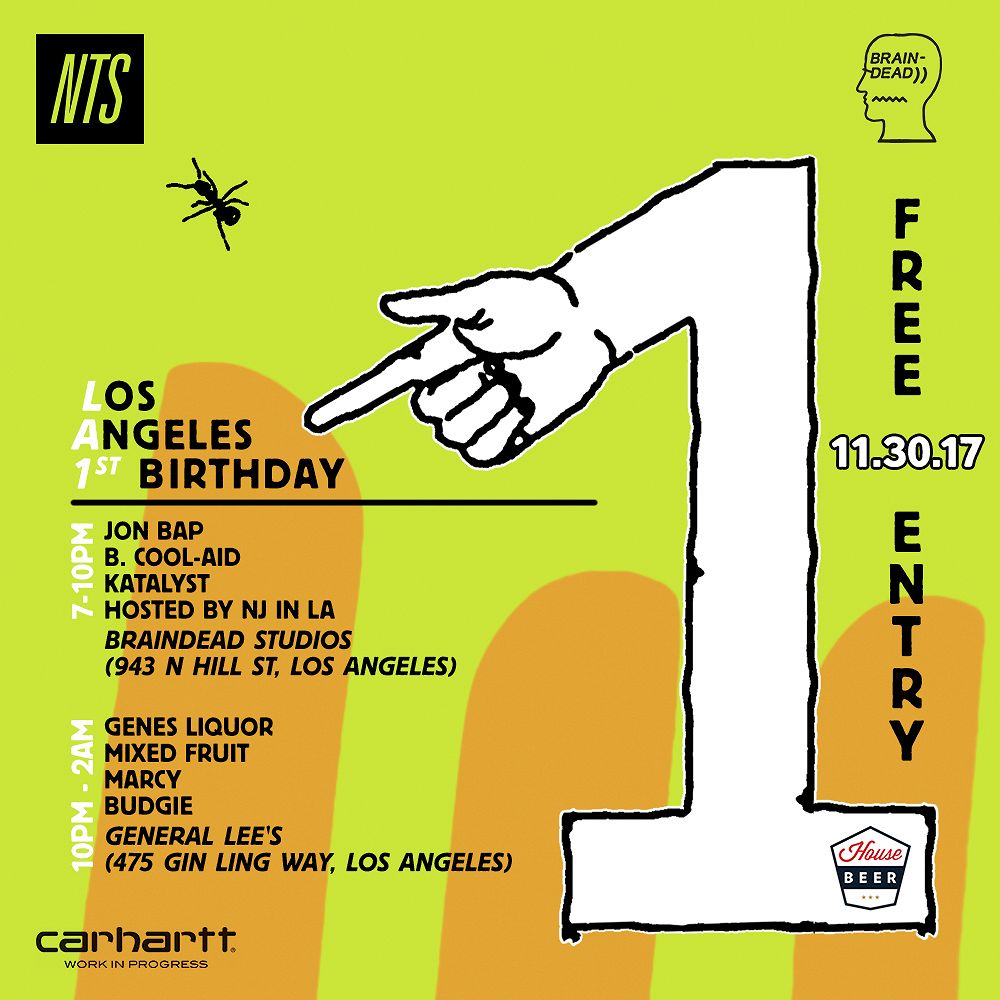 NTS LA celebrates its first birthday with Carhartt WIP on November 30th at Braindead Studios, with an afterparty at General Lee's.

The afterparty kicks off from 10pm at General Lee's with a host of NTS residents including enigmatic Gene's Liquor DJs, Eddie Bermuda & Mia Carucci of Mixed Fruit, screwboss Marcy Mane of Goth Money, and the hip-hop scholar and Livin' Proof member Budgie.

Both events are free - simply sign up below to RSVP. Get down early as possible as entrance will be given on a first come, first served basis.