Selection and mix by Andrea Zarza, Curator of World and Traditional Music at the British Library. Thanks to Janet Topp Fargion for her ideas and to all the recordists for agreeing to have their recordings shared on NTS. The below programme is dedicated to all of the unnamed performers who appear in the recordings. 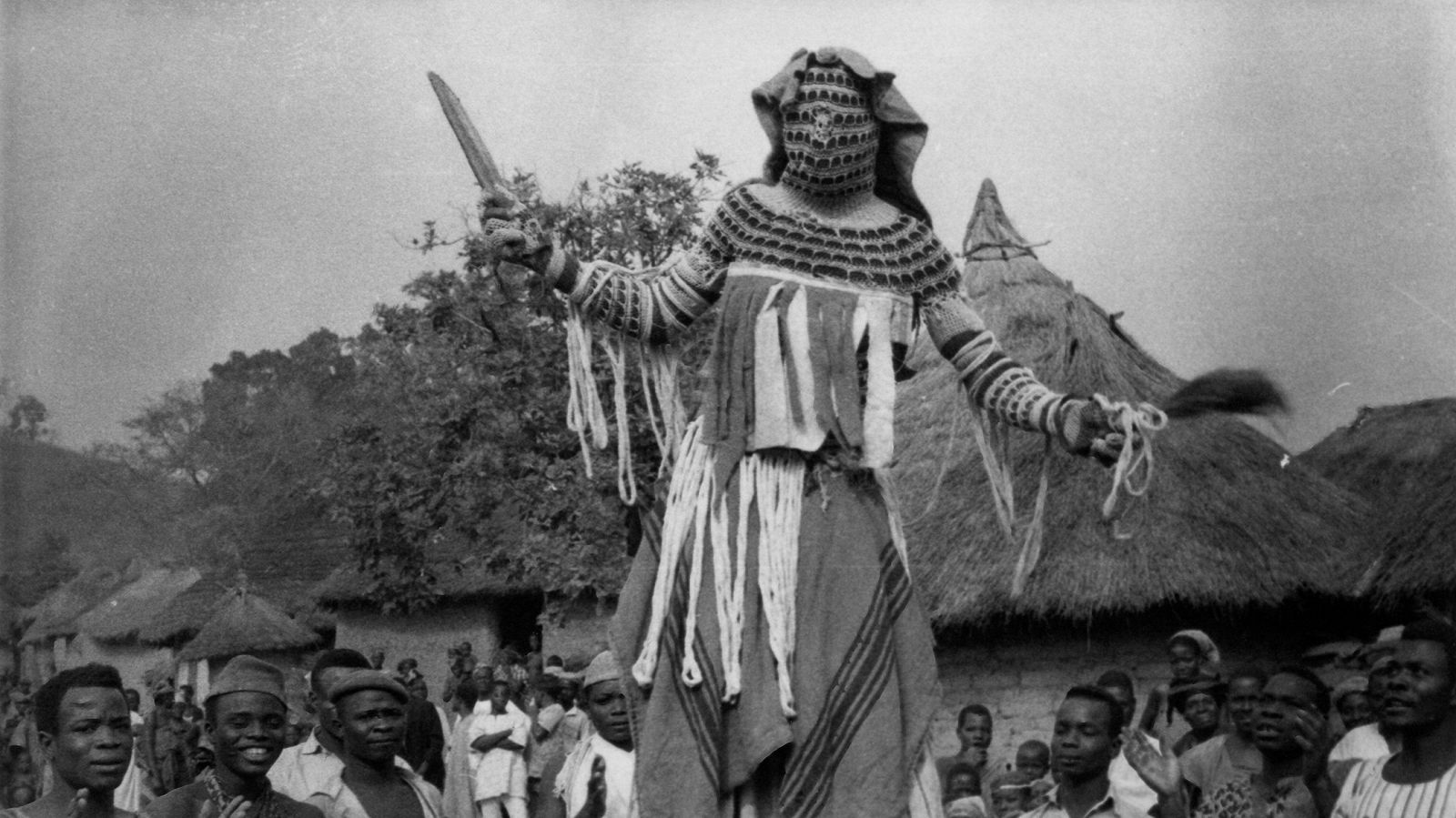 On this hour-long programme, you will hear a small but carefully made selection of ethnographic field recordings from West Africa housed and preserved at the Library. These recordings are under the care of the World and Traditional Music section, which documents, preserves and makes accessible one of the world's largest collections of published and unpublished recordings of music from all over the world, dating back to as early as the 19th century.

Notes and photographs taken by recordists in the field often accompany the collections of sound recordings, allowing curators to build the Library’s catalogues and provide metadata on the recordings. This expanded track list uses the catalogue as its starting point for further research on the sound recordings. The tracks in this programme were selected for their musical and sonic qualities and were woven together to surprise and delight the listener. 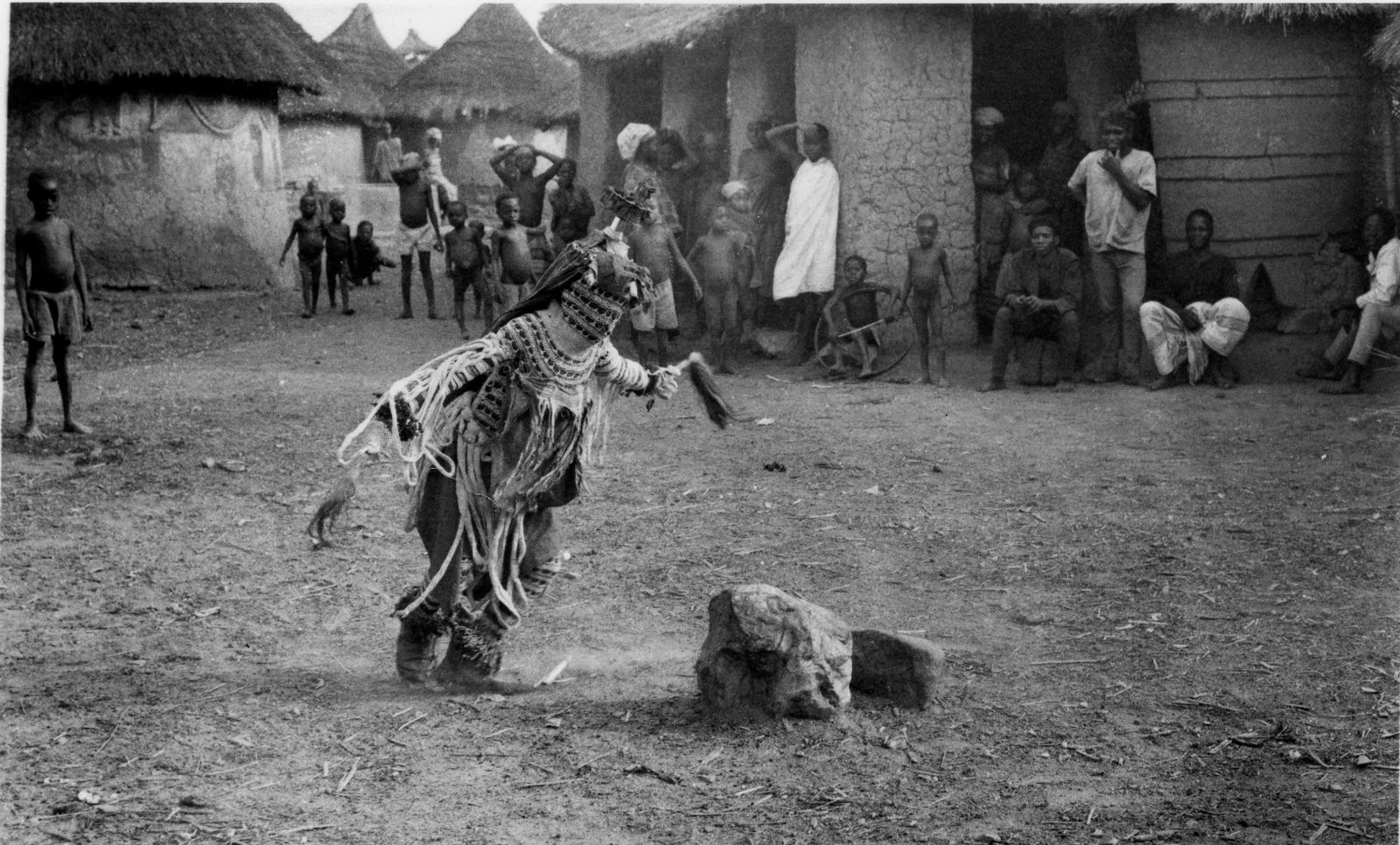 Anthony V. King worked as an ethnomusicologist throughout Africa during the 1960s, '70s and '80s and made hundreds of recordings of many different cultures’ music, as well as collected the work of nearly twenty other recordists, all of whom were working throughout the African continent. His collection is extensive, numbering 425 reel-to-reel tapes. The majority of his collection comprises Hausa music from Niger and Nigeria, with examples of possession songs (wak'ar bori), political songs (wak'ar siyasa), praise songs (wak'ar yabo), religious songs (wak'ar juyin shago) and entertainment songs (wak'ar nasha'di), unaccompanied or with various combinations of instruments. Anthony V. King is academically renowned for his publication Glossary of Hausa music and its Social Contexts (1971) and was one of the founding curators of the British Library’s ethnographic music collections.

Jola music is characterised by chorus singing, as a rule sung in groups of exclusively men or women as they set about their respective work and activities. Swayne recorded many mens' and womens' songs, providing insight not only into musical characteristics but also into gender role divisions within the society. You can listen to the full collection of field recordings via British Library Sounds.

This sound recording belongs to a wax cylinder collection compiled by Northcote Whitridge Thomas (1868-1936), an anthropologist appointed by the British Colonial Office who saw the need to research the customs of people living under British Colonial rule. Thomas carried out field work in Nigeria and Sierra Leone from 1909 to 1916. The earliest known cylinder recordings were made in 1901 by Sir Harry Johnstone in Uganda.

Ora flutes are used for ‘surrogate speech’ – they are talking instruments iterating praises, greeting, messages etc. That’s why you hear the speech interspersing the music as the player is interpreting what is being played on the flute. Furthermore, the sound recording is preceded by the engineer’s voice who played back the wax cylinder to digitise it, announcing the speed at which the recording was made - 168 rpm. Listen to many more ethnographic recordings made on wax cylinder via the British Library... 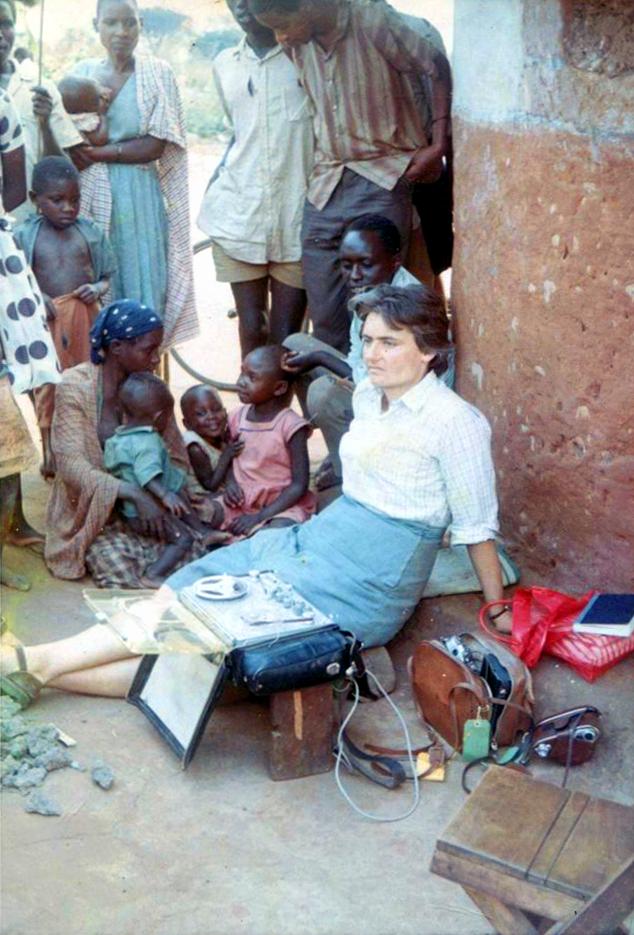 A well in dry season.

Recorded by Alison Redmayne near Zinder, Niger on 14 February, 1974.

At the start of this recording, we hear the voice of Alison Redmayne describing what she is about to record (vocal indexing of ethnographic sound recordings used to be very common); presumably it granted a faster way to listen through a whole reel of tape in an era before digital recording technologies were invented.

Alison Redmayne (1936 – 2013) was an anthropologist who is mainly recognised for her ethnographic and historical research among the Hehe and neighbouring peoples of Tanzania. She was adopted as a member of the Hehe royal family, and used her Hehe name Mung’anzagala Gisakamutemi Msengidunda Semugongolwa with considerable pride.

In a recent e-mail exchange, British broadcaster and environmentalist Dennis Furnell explained the background to this truly unique recording –

The musicians were residents of Tasso Island who simply appeared from dwellings and other buildings at the behest of the Chief, carrying with them a variety of tubes, pipes and drums, including car exhaust pipes, metal water pipes, steel vehicle brake drums – all in a variety of sizes. There were one or two sheet metal cones.

This was an unplanned gathering of musicians and dancers (mainly children dancing) done, I believe, simply for my benefit and that of a small group of Scandinavian visitors who had come along for the ride. European visitors to Tasso Island were a rarity. As I said the event was laid on by the Chief whose name I never discovered. It was a truly happy occasion after a relatively sombre visit to the nearby, uninhabited ‘Bunce Island’ with its deserted slave compounds and rusting chains. There was a slave graveyard and armed forts, still with Georgian cannon pointing seawards and gun carriages eaten by termites. It was a major slave shipping island taking slaves from the Sierra Leone river to America. To my mind, it seemed to maintain a shadow of its awful memories and appalling cruelty.

Recorded by William B. Fagg in Jarawa, Nigeria, 1965

This recording, made by William B. Fagg, is a technical demonstration of a rock gong in the caves at D’utsin Murafu in which we can hear the different notes this instrument is able to conjure.

The discovery of rock gongs, in the Western anthropological community was made by archaeologist Bernard Fagg, the brother of Willam B. Fagg, who suggested an association between rock gongs and cave paintings due to their geographical distribution.

Tuareg night watchmen talking together and playing the pipe.

Recorded by Alison Redmayne near Zaria (Northern Nigeria) on 28 February, 1974.

Further ahead on the same reel-to-reel tape as the recording of A Well In Dry Season played earlier on in this programme, this excerpt features two Tuareg watchmen playing the flute and talking to each other. The recording goes on for much longer than included here.

At the beginning of 1971, Alison Redmayne took up the post of Senior Lecturer in Sociology at Ahmadu Bello University in Zaria, Northern Nigeria, and researched migrant Tuareg during her four year stay. Her collection of sound recordings has been digitised and is available to listen to in the British Library Reading Rooms.

The slightly indecipherable handwritten notes made by Giles Swaye on this tape's box state that it was made at night and the performers are Sonkai, singing, Babu Kinjabi on flute and Aino Mango on horn – kasihök.

Giles Swayne is a British composer whose piece Cry, from 1979, was inspired by pygmy polyphony. Cry is a tone poem for 28 unaccompanied voices and was commissioned for the BBC singers for premiere at the BBC Proms in 1980.

Swayne approached Lucy Durán, then curator of World and Traditional Music, trying to arrange a trip to Africa in order to find and record some pygmy music himself. As his timescale was limited, she suggested he go instead to record music of the Jola (also known as the Diola, Diola-Fogny, Dyola, Jâoola, Jola and Yola) people in the Casamance region of Southern Senegal and The Gambia, a culture group that had previously been minimally recorded and researched.

To end the programme, another excerpt from the same sound recording session that we began with. This time, you can hear Jarawa harp pieces played with Izom, an 8-stringed arched harp and Kakering, an inverted half-gourd percussion vessel; recorded in Nassarawa, Jos (Nigeria), 1962.

In April 2017, the British Library launched Unlocking Our Sound Heritage, a major preservation and access project which has received a £9.5m National Lottery grant, which falls within the British Library’s Save our Sounds programme. The funding will enable the formation of the first ever national network of ten sound preservation centres. This network will now come together with the British Library to save almost half a million rare and unique recordings that are threatened by physical degradation or stored on formats that can no longer be played.