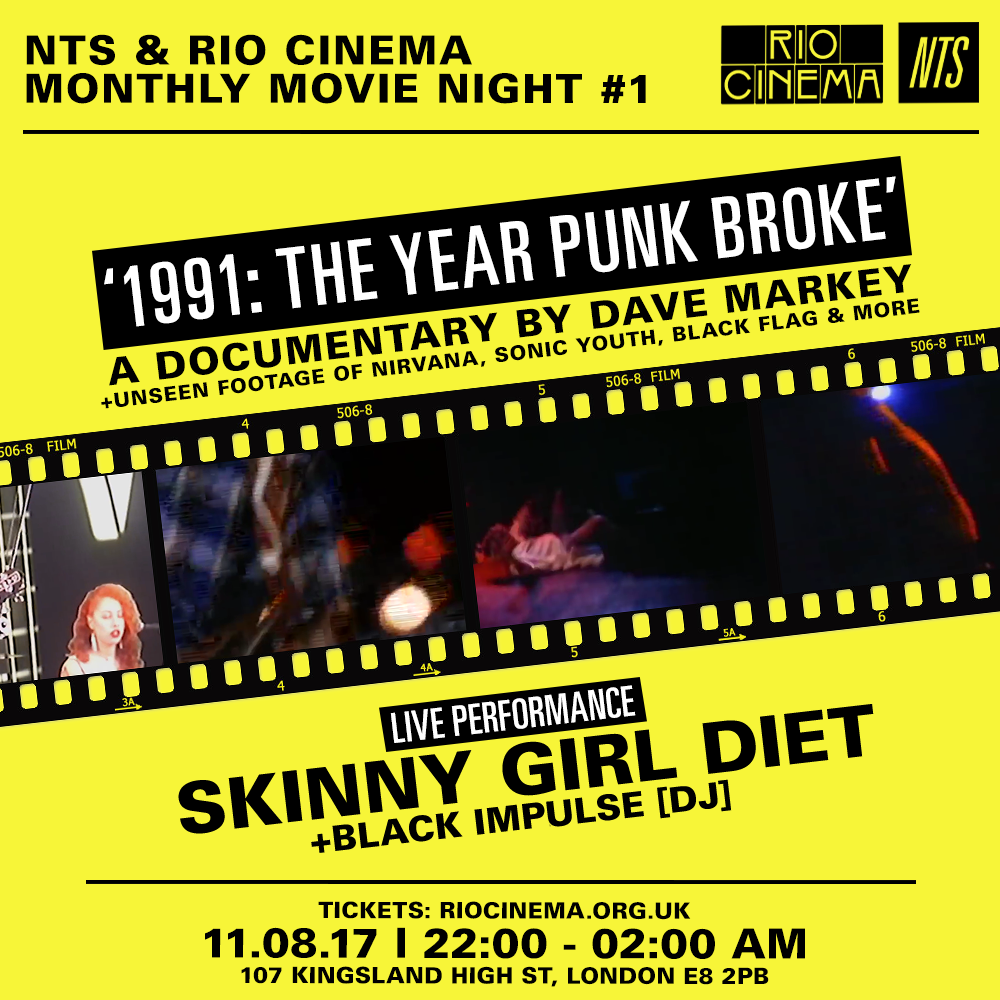 The documentary follows Sonic Youth around their legendary '91 European tour and its screening at the Rio will mark 25 years since its theatrical debut. The show will be accompanied by never before seen footage of Sonic Youth and Nirvana, kindly provided by the film's director Dave Markey.

Skinny Girl Diet will perform a live set before the film starts, with NTS hosts Black Impulse DJing in the Rio's foyer after the film. Doors from 10pm BST.

Come and watch films with NTS at the Rio Cinema: 107 Kingsland High Street, London, E8 2PB. Get your tickets here and click attending on Facebook...