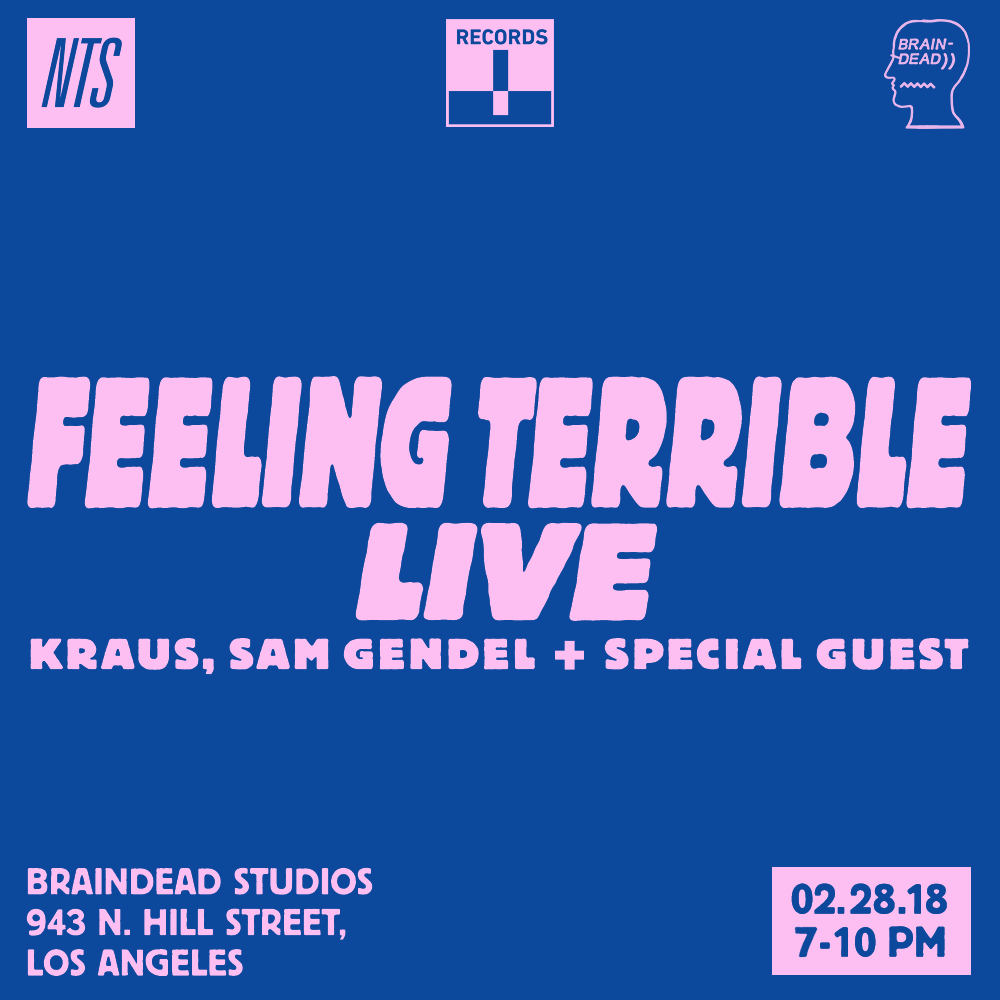 Kraus is the solo project of Will Kraus, a one man band blending shoegaze with ambient drone, who re-released his debut LP End Tomorrow on Terrible Records last year. His star sign is Aries.

Sam Gendel is a singer-songwriter and saxophonist who makes jazz-inflected and psychedelic folk, with his 4444 LP released on Terrible Records last November. His star sign is Capricorn.

Catch them performing live at Braindead Studios on 28th February from 7-10pm. This event is free entry, simply RSVP below: