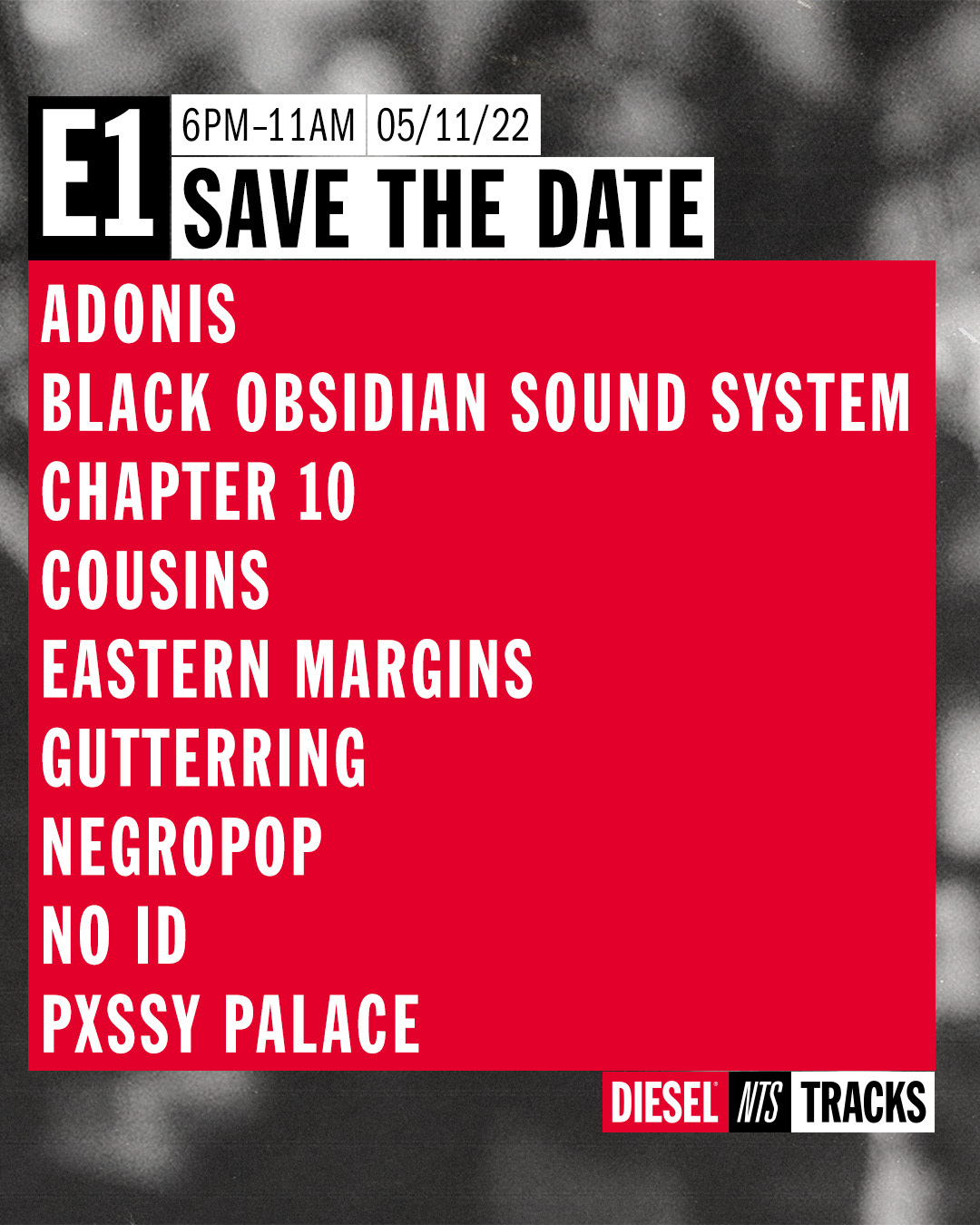 Full line-up TBA, curated by the nightlife collectives below:

Black Obsidian Sound System - a soundsystem focused on bringing together radical and artistic communities for queer, trans and non-binary black and people of colour

Cousins - the UK imprint of the Canadian night of the same name, founded by Nino Brown. Cousins was formed from our love of blending shisha bar bangers, desi classics, bassline and garage… Its resident DJs are Manara, Basmati, Zaleel & A.G.

Eastern Margins - Eastern Margins is a collective, label and community dedicated to platforming the sounds and stories of the Margins of East and South-East Asia and its diaspora

Negropop aka NPOP - NPOP are spearheading a new wave of DIY rap aesthetic in London and Manchester - a separate, parallel universe splinter off of Grime they’ve dubbed #grime2

Free tickets drop on October 18th via DICE. Sign up below and we'll e-mail you when tickets go live.