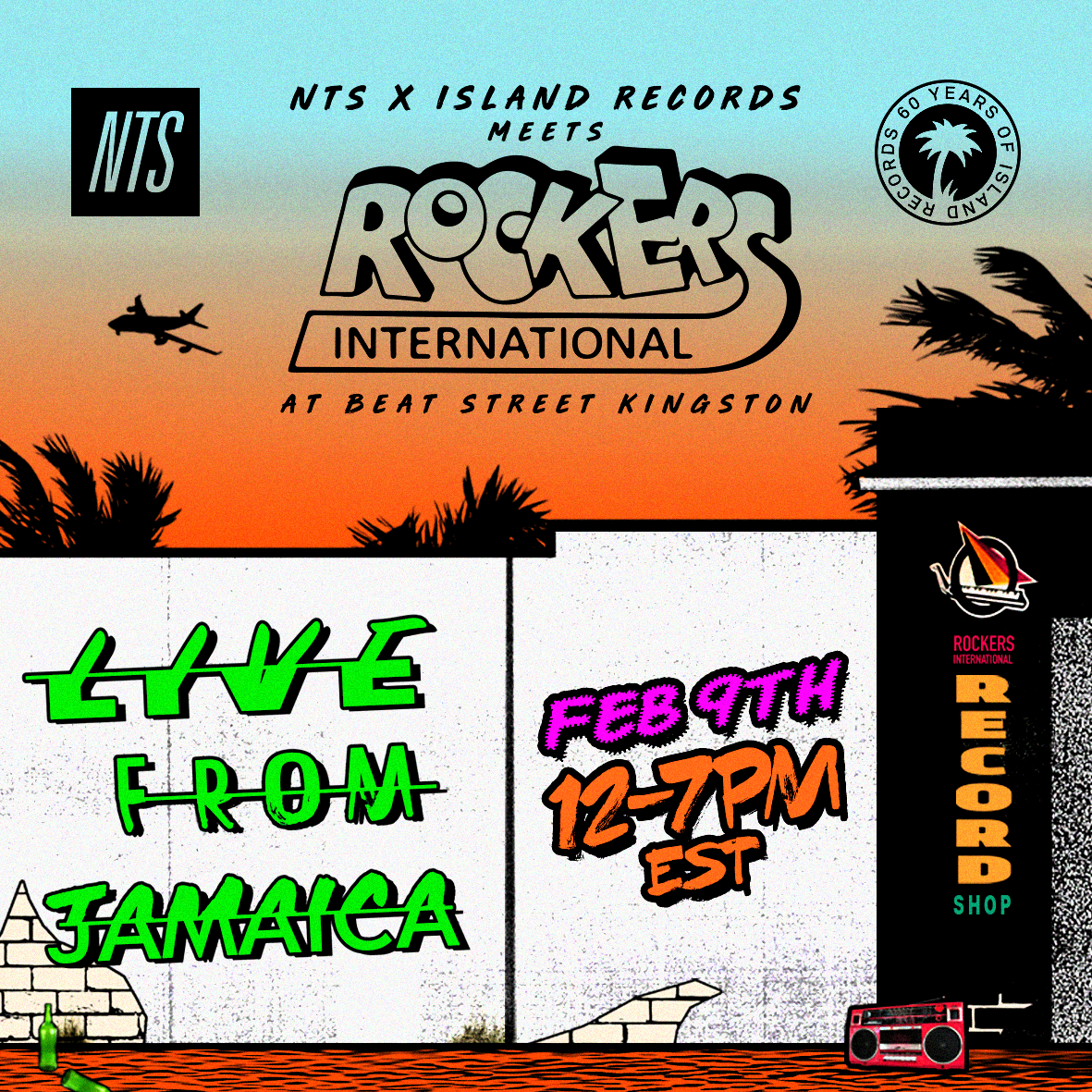 For the first time ever, NTS is broadcasting live from Jamaica with a new pop-up studio at the infamous Rockers International on Beat Street, Kingston.

Tune in all day on Saturday February 9th from 12-7pm EST for radio shows by a range of established and breaking homegrown talent, including prolific reggae singer Sizzla, joined on the day by a host of other artists, ranging from rising Kingston selector DJ Sparks to some Island Records special guests. Full line-up TBA...

Rockers International is an obvious venue, having served as a long-standing focal point for the Jamaican music scene. Rockers was founded by Augustus Pablo in the 1970s, renowned for introducing the melodica into the roots reggae sound and recording with everyone from Lee Scratch Perry to Bob Marley. After his passing in 1991, Pablo’s children Addis Pablo and Isis Swaby took over Rockers with cousin Bigs Miael McGeachy, continuing their father’s legacy to this day.

Just last November, UNESCO awarded reggae with status as a protected ‘cultural treasure’, and this broadcast is the perfect opportunity to pay tribute to the lasting legacy of Jamaican musical heritage and shine a spotlight on the contemporary artists pushing genre boundaries. The project coincides with national Reggae Month celebrations, and NTS, Island and Rockers will round off the weekend with a free party on Sunday 10th February, featuring a line-up of surprise guest artists and a collaborative mural commemorating the event.

This year marks Island Records’ 60th Anniversary, a label that rose to prominence popularising Jamaican sound system culture in Britain, breaking reggae artists such as Bob Marley, Toots & The Maytals, Jimmy Cliff & Burning Spear globally. Island will enter its seventh decade with a partnership alongside NTS Radio, kicking off with this radio broadcast and continuing with more yet-to-be-announced projects throughout the year.