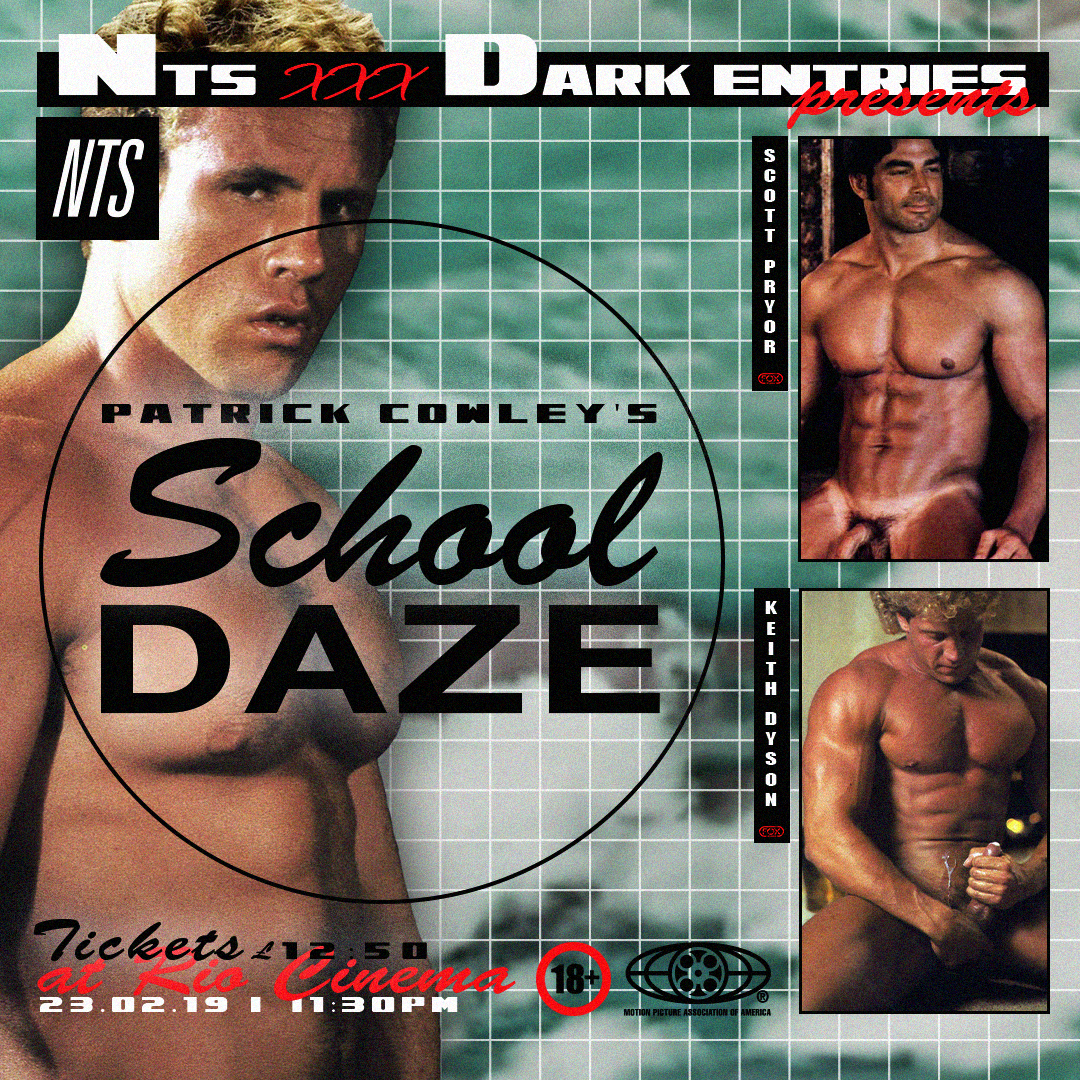 We've teamed up with queer arts and film festival Fringe! alongside Dark Entries to present an immersive screening of Patrick Cowley's School Daze at the Rio Cinema in Dalston on Saturday 23rd February. Tickets are available to purchase via the Rio's website.