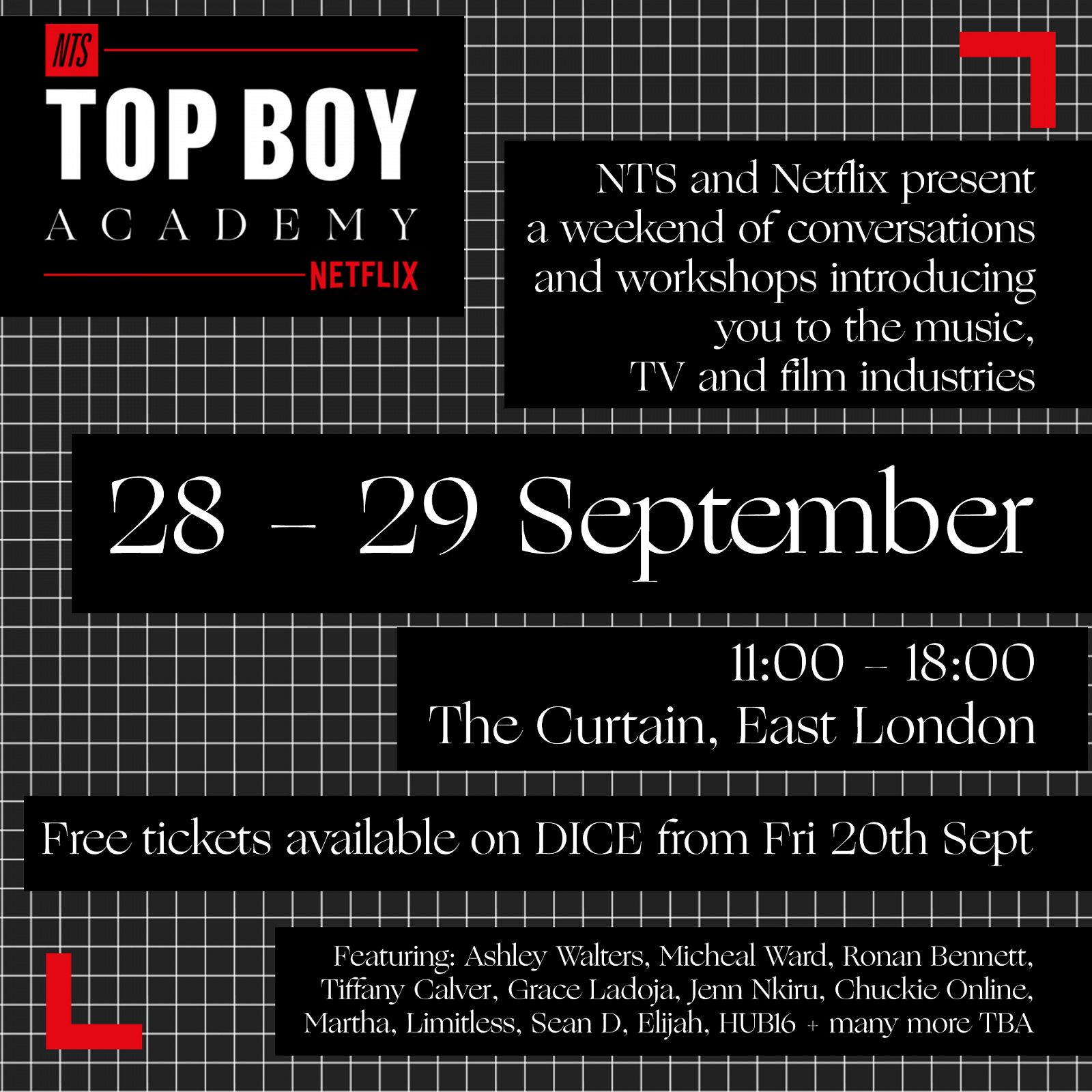 Expect one-off talks and Q&As from the likes of Top Boy stars Ashley Walters and Micheal Ward, as well as workshops and conversations by NTS' extended family of music insiders. Hear from Skepta's manager Grace Ladoja on how she found her own path to success, or learn how to mix and master a rap track from seasoned drill engineers Sean D and Limitless (who have worked with Headie One, D Block Europe, and Lil Baby to name a few). NTS alumni Tiffany Calver will open up on how she's progressed from an underground DJ to touring the world and hosting on 1Xtra, and filmmaker Jenn Nkiru will be talking about the future of black cinema, amongst many others.

The event is aimed at 16-25 year olds interested in the creative industries, with the full schedule and free tickets released via the Dice app on Friday 20th September.

If you're coming down and have questions for the panel, submit them here.