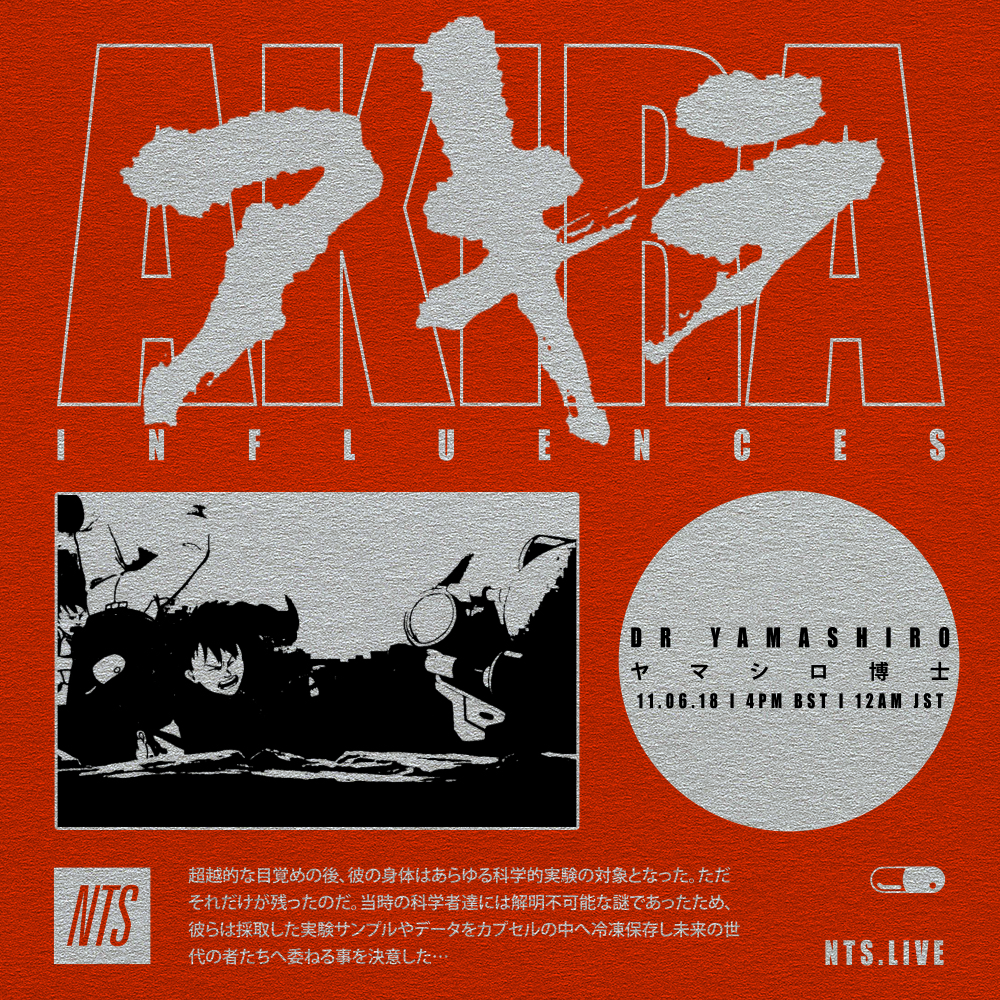 The post-apocalyptic anime film Akira was released in 1988 and went on to develop cult fandom across the globe. Dr Yamashiro, the musician and scientist who recorded and conducted the film's soundtrack, will be taking of the NTS airwaves to present a one-off show running through the film's musical influences and inspirations. Tune in from 4pm-5pm BST, or from 12am-1am JST.