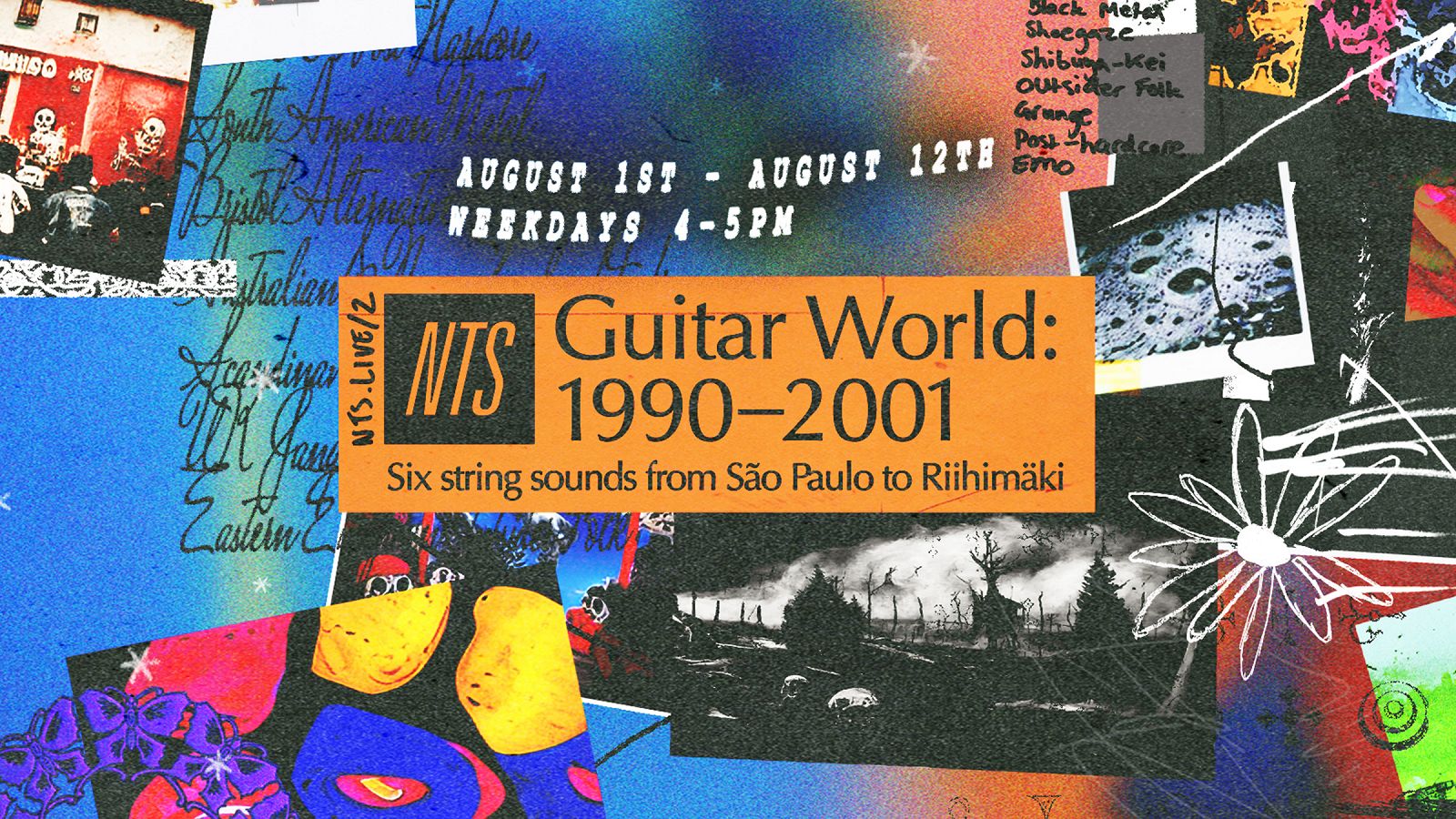 We’re traversing some of the countless niche genres the guitar has helped spawn, and shining a light on scenes from around the world in the 1990s - a period in pop culture that continues to resonate with artists over two decades later.

Tune in to nts.live/2 on weekday afternoons from 1st to 12th August, for deep dives on everything ‘90s guitar – from ominous Scandinavian metal, to Uyghur dream pop, to shoegaze from Singapore, and so much more…

Scandinavian Black Metal
While the rest of the world embraced the likes Oasis and Nirvana,
a grim spectre hung over Scandinavia…

Funeral Doom: Europe & Beyond
The mournful and miserable cousin of Scandinavia’s black metal scene, with some gloomy flourishes from further afield. Dirges for the end of history.

Obscure Post Hardcore & Emo
Overlooked and hard to find emo, indie and post-hardcore from the 90s and early 00s.

Sub Pop Singles Club Special
A thorough dig through the lesser known singles released on arguably the quintessential independent label of the 1990s.

Disolución Social: Mexican Hardcore
Raucous hardcore punk from Mexco, recorded at the beginning of the decade.

Indie from Singapore to Seoul
East and South-East Asian indie rock, dream pop, and shoe gaze from South Korea, Singapore, China, and beyond.

A Guide to Shibuya-Kei
Translating literally as “Shibuya-style”, named after the shopping district of Tokyo, which during the ‘90s was the epicentre of the kitsch and Western retro throwback aesthetic, Shibuya-kei bands drew heavily from easy listening pop movements of the 1960s – bossa nova, psychedelia, yé-yé and more.