A Week In The Life Of A Tree 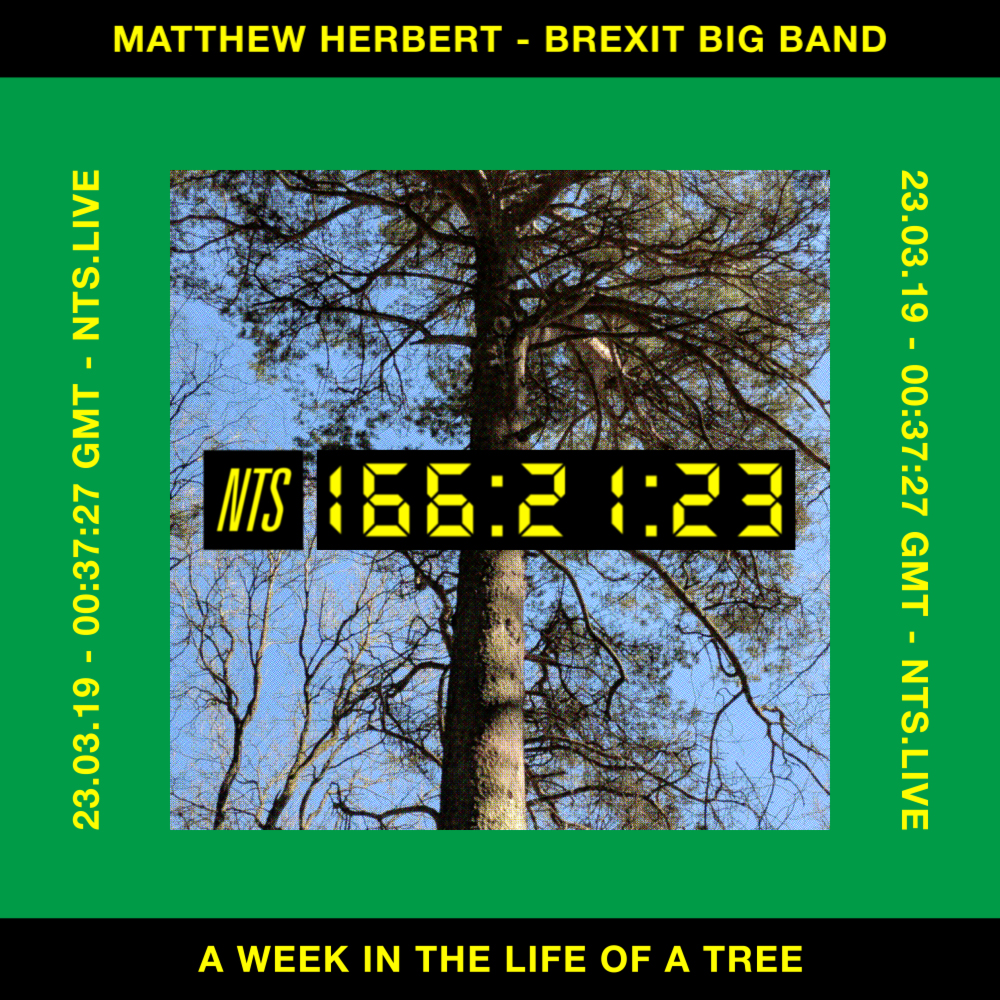 Matthew Herbert: 'I'd rather listen to a tree than Boris Johnson. Brexit is an expensive, and pointless exercise compared to the existential emergency of climate change.'

Tune into the last seven days in the life of a 180-year-old black pine tree in a Hamburg forest. Slow and calming radio from Matthew Herbert broadcast in the week leading up to March 29th, the day scheduled for both Brexit and the release of Herbert's upcoming album with his Brexit Big Band.