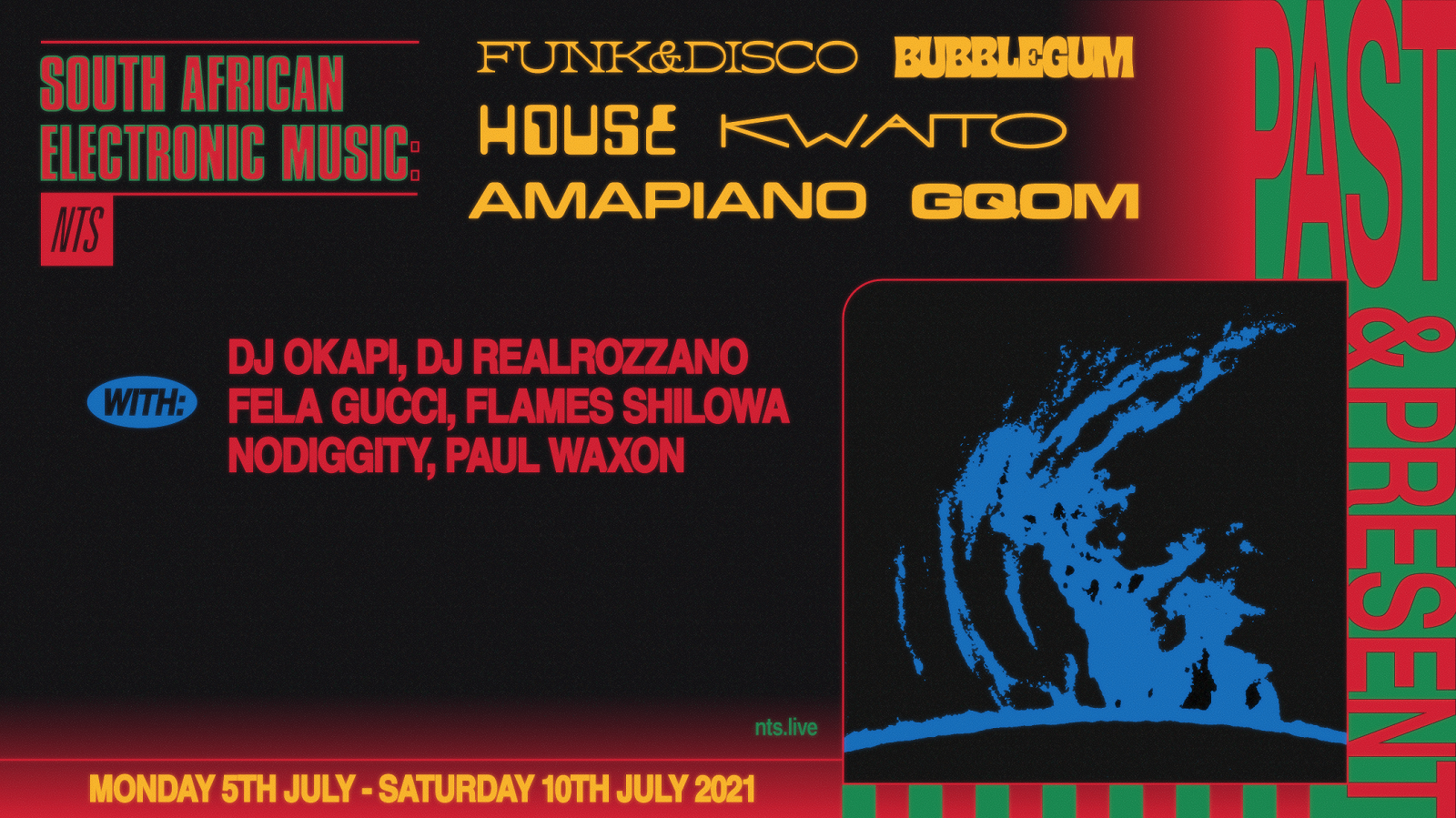 Hosted by a diverse range of special guest selectors and artists, each show will dive deep into a specific sub-genre within the South African electronic scene, past and present.

Check the full schedule below:

Monday 5th July / 5-6pm SAST / 4-5pm BST
Pretoria selector Flames Shilowa kicks off the series with a celebration of funk and disco from South Africa starting from its origins in the 1970s.

Friday 9th July / 3-4pm SAST / 2-3pm BST
Evolving out of the Kwaito sound in the late '00s, GQOM is known for its raw, minimal and percussive instrumentals, which flip the house-indebted four to the floor pulse in favour of a more syncopated, organic rhythm. Hosted by Fela Gucci.