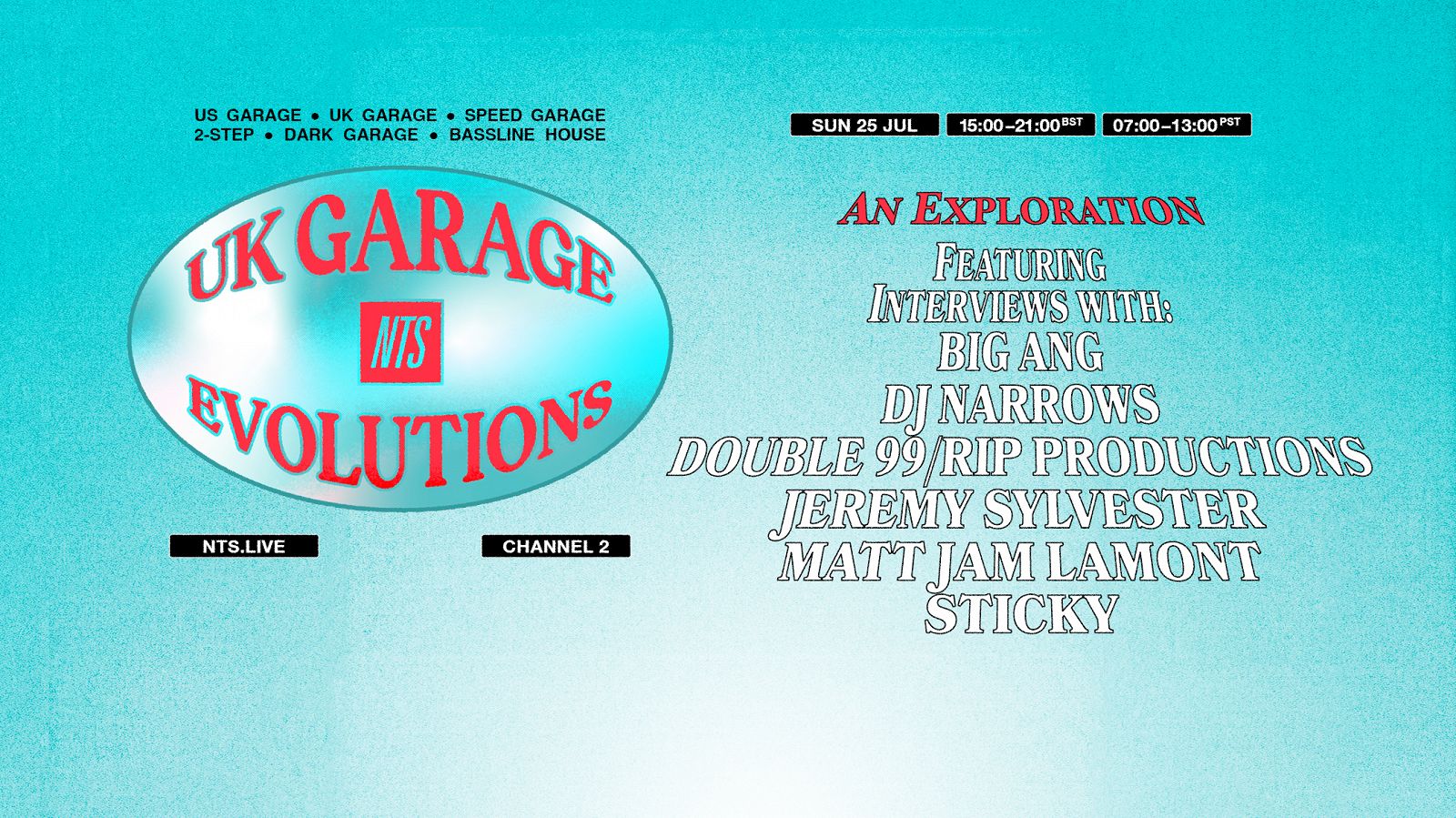 This Sunday 25th July, NTS traces the amorphous evolution of UK Garage: a foundational genre within the tradition of UK dance music.

We sat down with some of the key figures within the UK Garage scene to hear their take on the sound and how it developed. From its origins on the other side of the Atlantic, to its explosion across the UK throughout the 1990s and its long-lasting influence, spawning regional subgenres well into the following decade.

From 3-9pm BST, we’ll take you from the saccharine swing of 2-step to the warped sounds of dark garage, and the proudly Northern descendant of UKG, bassline house.

Check the full schedule below:

Matt Jam Lamont discusses the spiritual predecessors of UK Garage, and how they found their way into the UK scene: house music from New York and New Jersey.

Producer and DJ Jeremy Sylvester talks about the prime years of what we now call UKG. A period between 1995-99 saw the formulation of a fully realised UK Garage sound and the establishment of many now notorious UKG institutions: Nice ‘N’ Ripe, Confetti and Ice Cream.

Exploring speed garage, another branch from the UKG family tree which pumped the 4x4 sound with several shots of adrenaline. Featuring an interview with renowned production duo Double 99, a.k.a RIP Productions.

DJ Narrows plumbs the depths of dark garage: a moodier, jilted twist on UKG that began to take hold within the first few years of the 21st century. A sound that would later prove formative in the development of both grime and dubstep.

Popularised at the infamous Sheffield nightclub Niche, producer Big Ang gives us her perspective on Garage finding its way up north and the emergence of Bassline House: UK Garage’s buoyant and boisterous Northern cousin.