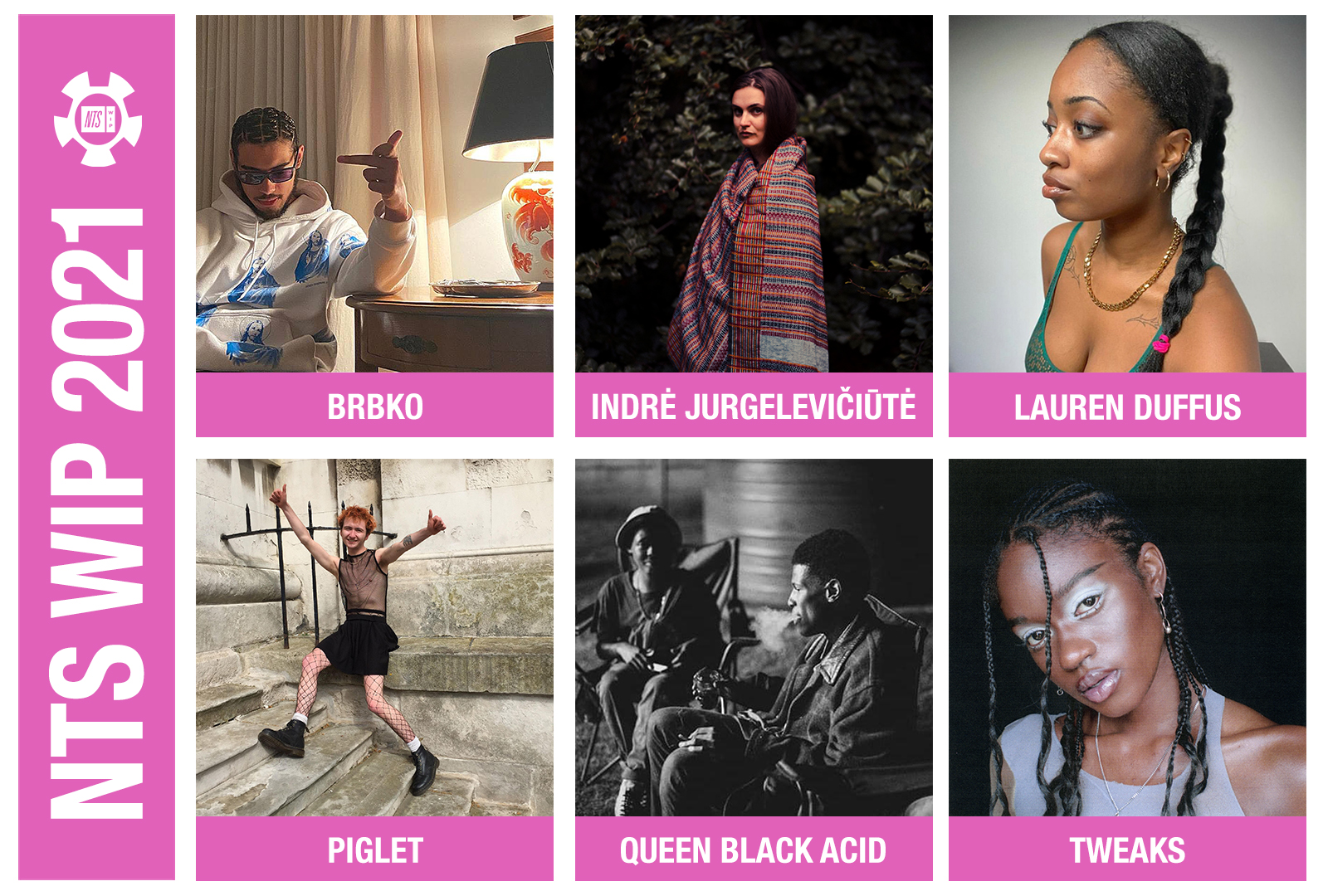 After thousands of applications and months of careful consideration, we are proud to announce the NTS WIP artists for 2021. This year NTS and selected audio and cultural partners will be supporting 5 musicians and 1 band onto the next stages of their careers. NTS WIP will be providing studio time, mentoring, performance opportunities and audio equipment to this year's selection. Watch this space for new music, radio shows, and live events from these amazing artists.

First performing under the stage name of PK Brako in his teens, brbko has been consistently championing a new wave in UK grime and rap music on his resident NTS show BrakFM, and is as adept DJing and hosting a radio show as he is producing behind the desk in the studio. Following on from his acceptance into WIP 2021, brbko will be making the transition from MC and producer to a fully-fledged artist in his own right and a solo performer.

Currently based in Antwerp, Indrė Jurgelevičiūtė is a singer, composer and adept player of the kanklės, a traditional Lithuanian plucked string instrument. Her music is steeped in elements of traditional Lithuanian folk music as well as contemporary ambient music. Although used to collaborative songwriting and sharing the stage as part of an ensemble, Indrė enters Work In Progress as a solo artist, working towards her first LP.

Although she just began making music during the lockdown of early 2020 as a means to work through loss, Lauren Duffus quickly found her sound. Her productions are filled with melancholic pads, vocal synths and languid dub-op rhythm. Having just released her debut EP ‘SULK’ with NTS residents and record label Body Motion, Lauren’s ultimate goal is to compose for documentaries and film.

Raised in Belfast but now based in London, piglet is the solo project of songwriter Charlie Loane, specialising in lo-fi, off-kilter pop music with breezy vocals and introspective lyrics. With releases already locked on South London DIY label Double Dare over the past two years, piglet’s most recent single ‘mill’ interrogates themes of transness and queerness.

Queen Black Acid is a two-piece band from Johannesburg, featuring Lesedi (vocals, melody, texture) and Greg (drums, percussion, samples). Their music is dense and chaotic, harnessing the beauty, bleakness and spiritual bankruptcy of urban decay - a soundtrack for isolation.

TWEAKS is an artist based between London, LA, Florida and Jamaica. Their otherworldly productions are characterised by field recordings and extensive audio processing, artfully blended into song with breakbeats and vocal overlays. TWEAKS self-released their Older Now EP at the beginning of 2021.

NTS Work In Progress is co-funded by the Arts Council England with Carhartt WIP, alongside a range of audio and cultural partners.