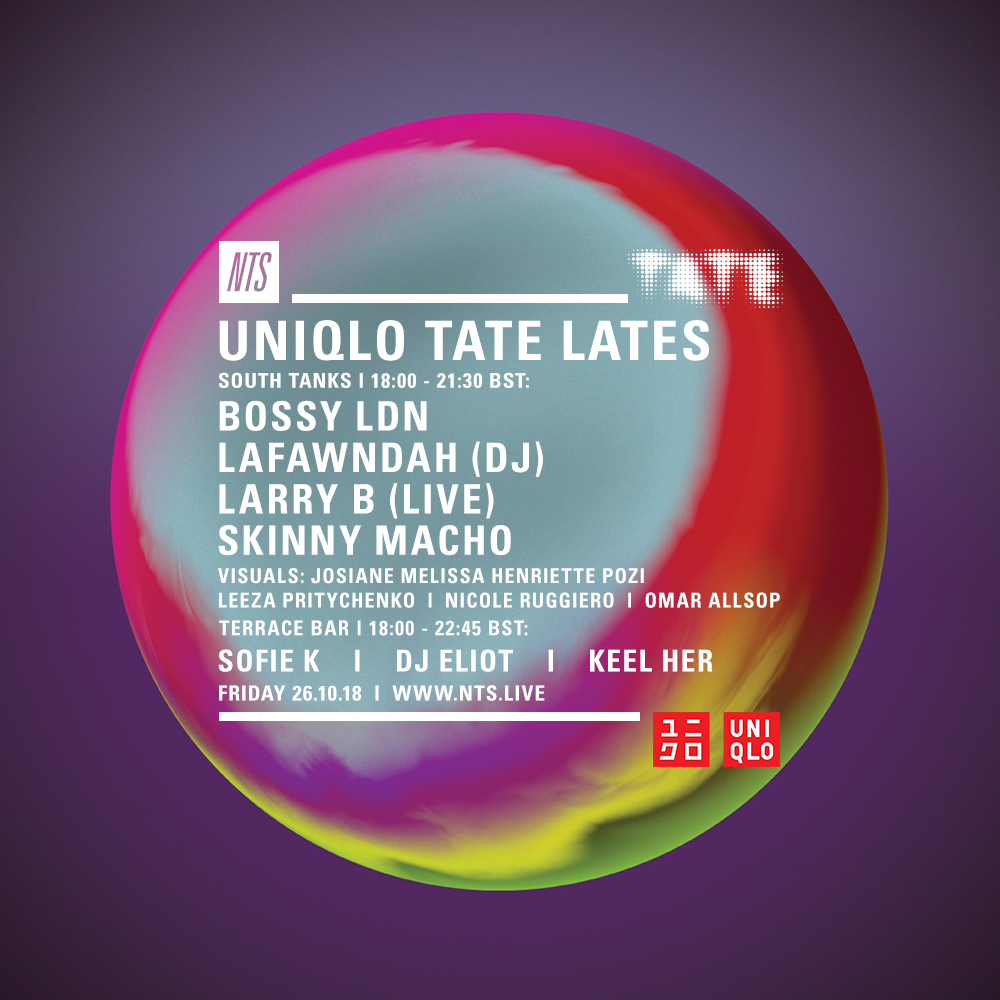 This October, return to the Tate Modern's Tanks for the second year anniversary of NTS programmed music at Uniqlo Tate Lates. PDA's own Larry B will be performing a live set of his own music, with DJ sets from Lafawndah, Skinny Macho (Bone Soda) and collective Bossy LDN. Running from 6pm until 9:30pm, the music will be accompanied by live visuals from four different artists: Josiane Melissa Henriette Pozi, Leeza Pritychenko, Nicole Ruggiero and Omar Allsop.

Handling the Terrace Bar is Italo maestro Sofie K, visual artist and selector DJ Eliot as well as lo-fi musician Keel Her, DJing until 10:45pm. As ever, Uniqlo Tate Lates is free entry and all ages, so come through. Check the Facebook Event for more details and other activities.